State aid: be vigilant from the beginning in financial relations with government bodies

Recent European Commission decision shows that it is important to consider the goals and phrasing of investments plans for which government funding might be requested in the future very carefully from a state aid perspective.

A check against the literal text of the GBER or guidelines is not sufficient. The Commission will look at the evidence regarding the real background of the investment and aid.

In a decision of 28 October 2019 the European Commission, acting upon a complaint, decided to open the formal investigation procedure into investment aid the community of Valencia allegedly granted to regional airline Air Nostrum Líneas Aéreas del Mediterráneo SA (hereinafter “Air Nostrum”) with respect to the renewal of its fleet (State Aid SA.50707 (2018/FC) – Spain Air Nostrum fleet renewal, PbEU 20 December 2019, C429/4). The decision shows that companies accepting aid or enter into financial relations with government bodies that may entail aid, should be very vigilant from the very first contacts with government bodies, and even before, on what goals they want to achieve with the investment. The decision furthermore shows that the European Commission will assess the facts in detail and comprehensively and that ‘reparation’ afterwards of a transaction that initially did not fit in the state aid rules has become very difficult. 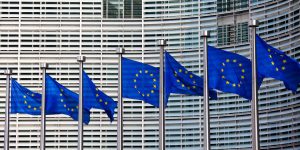 What was the issue?

In 2017, Air Nostrum informed Regional Government of Valencia about their investment plans to expand and renew their fleet and requested financial support of € 15 million for the acquisition of new, more environmental-friendly, aircraft (the Bombardier CRJ-1000). Air Nostrum stated that it wanted to renew its fleet “in order to improve its competitiveness, efficiency and sustainability, and to substantially enhance the current air transport services on its existing routes as well as on new routes that could be started from the Valencian Autonomous Community”. Of the aircraft Air Nostrum planned to acquire 10 are subject to the aid requested by Air Nostrum in March 2017. The first order was made on 19 June 2017. The new aircraft did not just renew Air Nostrum’s fleet but also expanded it.

Responding to questions asked by the Commission, Spain submitted that Air Nostrum’s investments plans fitted the agenda of the Regional Government of Valencia to boost the economy and to improve the sustainable development of the region and that the Region of Valencia will implement its “action plan for the transformation of the Valencian economic model 2017-2027”.

In the course of the preliminary investigation Spain argued that the aid to Air Nostrum qualifies as compatible aid for environmental protection within the meaning of the General Block Exemption Regulation (GBER) and therefore did not have to be notified to the European Commission. According to its decision the Commission has doubts whether the aid fulfils the criteria of the GBER.

In the first place, the European Commission has doubts whether the aid granted can be qualified as investment aid, since it seems that Air Nostrum is not planning to purchase the aircraft but to lease them through an operational lease agreement. Under the GBER a leasing agreement can be assimilated to an investment only if the leasing takes the form of a financial leasing and contains the obligation to purchase the equipment. The Commission notices that the wording of the cooperation agreement leaves the type of leasing for the subsidised aircraft open. First take away of this case therefore is that you should be clear in your agreements in order to be able to get aid you want to be qualified as investment aid: the equipment you invest in, if you lease them, must be on a financial lease and must contain an obligation to purchase and not a mere option.

Environment or other goals

The CRJ-1000 aircraft meet higher environmental standards than what is required under Union environmental standards. However, the alternative aircraft, the cheaper CRJ-900 aircraft, also go beyond Union environmental standards, although to a lesser extent than the CRJ-1000 aircraft. The Commission therefore notices that since Air Nostrum considered both types of aircraft, the environmental effects of the fleet renewal appear to be only marginal and mainly seem to focus on higher fuel efficiency, which helps Air Nostrum to reduce its operating costs. In addition, the Commission has doubts if the main reason for granting the aid is the positive environmental effect for the Valencian region, since it appears from the cooperation agreement that the Regional Government of Valencia puts a lot of emphasis on the positive welfare effects of the aid for the regional economy. The Commission points out that if the main reason for granting aid by the Region of Valencia would be improving the sustainability of the Region by limiting the environmental impact of the air transport sector, it would seem more reasonable to support all airlines operating in the Region of Valencia to renew their fleet with more environmentally-friendly aircraft, instead of only supporting Air Nostrum. Furthermore, the Commission notices that Air Nostrum itself put forward in its letter to the Regional Government of Valencia the argument of higher efficiency and competitiveness when using the newer types of aircraft. Here we see that it is important to consider at an early stage – also from a perspective of compatibility of the aid an undertaking requests – what the goals of your project are.

It is quite striking that the Commission admits that while technically speaking the requirement of going beyond the current environmental Union standards, as laid down in Article 36 of the GBER, appears to be fulfilled, it still has doubts about the relevance of the positive environmental impact of the measure.

Since Air Nostrum is a large undertaking both requirements regarding the incentive effect mentioned in Article 6 of the GBER have to be fulfilled.

The first requirement – that the beneficiary submitted a written application for the aid before work on the project or activity starts – was met.

The GBER also requires, however, that the aid effectively changes the behaviour of the beneficiary.

Finally, the Commission points out that Air Nostrum pursued the orders of the CRJ-1000 aircraft in 2017, without having any firm confirmation of Valencia that it would grant them the aid this time. According to the Commission, this did not seem to be cautious behaviour in the context of their previous experience of 2009 in which they had requested aid without obtaining it eventually.

In addition, the Commission notices that the main advantage for airlines of the new CRJ-1000 aircraft appears to be their higher fuel-efficiency compared to the CRJ-900 aircraft. Therefore, even if Air Nostrum were to provide internal documents on its decision-making process purporting to show it would purchase the CRJ-1000 aircraft only under the condition of receiving aid, the Commission has doubts that the incentive effect requirement would be fulfilled. As the Commission points out, fuel is the largest single cost item for airlines, representing about 25% of their total operating cost and therefore flying with more fuel-efficient planes implies using less fuel and therefore reducing the operating expenses of airlines. The Commission notices that, as a consequence, airlines generally do not need incentives to invest in more fuel-efficient planes as it is in their own interest to do.

According to Article 36(5) and Article 36(6) of the GBER, the aid intensity shall not exceed 40 % of the eligible costs. In a case like this the eligible costs must be identified by reference to a counterfactual, which must be a similar, less environmentally-friendly, investment that would have been credibly carried out without the aid (and complies with Union standards). The costs not directly linked to the achievement of a higher level of environmental protection are not eligible. In this regard Spain compared the yearly lease cost of 10 new CRJ-1000 aircraft with the lease cost of the continuation of 10 existing CRJ-900 aircraft.

On the basis of, inter alia, Air Nostrum’s conduct in the past, the Commission is not convinced that the CRJ-900 aircraft is a credible counterfactual in the context of Air Nostrum’s decision to renew and expand its fleet.

The Commission points out that no ex ante business plan or internal strategic document regarding this investment decision of Air Nostrum has been provided from which it would be clear that Air Nostrum envisaged the CRJ-900 aircraft as an alternative to the renewal of its fleet. Furthermore, since 2010 almost all aircraft Air Nostrum newly purchased/leased have been CRJ-1000 aircraft, although Air Nostrum had never received any aid for them.

The Commission assessed as well whether the aid could qualify as investment aid enabling undertakings to achieve energy efficiency under Article 38 of the GBER. The compatibility conditions under Article 38 of the GBER are similar to the compatibility conditions of Article 36 of the GBER (investment aid only, aid to comply with Union standards is not eligible, costs not directly linked to the achievement of a higher level of energy efficiency are not eligible, eligible costs must be defined by comparison to a credible counterfactual) and the aid should have an incentive effect as well. Therefore, the Commission holds that the aid thus raises exactly the same issues as the ones identified under Article 36 of the GBER.

For all those reasons, the Commission has serious doubts whether the aid is exempted from notification and compatible with the internal market under the GBER.

It appears from this case that the Commission scrutinizes (internal) documents of the beneficiary and the beneficiary’s conduct in the past in order to assess whether the requirements of the GBER are fulfilled. The same will go for the assessment whether notified aid fulfils the requirements for compatibility under guidelines or those of Article 107(3) TFEU. Thus, it is important to consider the goals (and phrasing) of investments plans for which government funding might be requested in the future very carefully from a state aid perspective. A check against the literal text of the GBER or guidelines is not sufficient. The Commission will look at the evidence regarding the real background of the investment and aid.